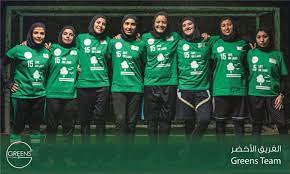 On 13th November 2021, The Kingdom of Saudi Arabia (KSA) announced the launch of the first edition of the Saudi Women’s Football League, on November 22.

The Kingdom of Saudi Arabia (KSA) on 13th November 2021 announced the launch of the first edition of the Saudi Women’s Football League, on November 22, for the first time in the country’s history, which is part of a wider effort by the local football federation to support women’s football, which began in 2017. Women’s sport was long frowned upon in conservative Saudi Arabia.

This step is to promote female participation in sports. The league will be held in two phases, on November 22 2021, the first with the participation of 16 teams in 3 cities (Riyadh, Jeddah, Dammam), and the final stage is scheduled to be held early 2022 in Jeddah at the King Abdullah Sports City Stadium.

In recent years, the country Saudi has adopted several ways to empower women, such as allowing them to drive cars, join playgroups and stadiums, and do jobs that were previously only accessible only to men. The women’s in Saudi were allowed to enter football stadiums for the first time in January 2018 this was the same year that the Gulf kingdom ended a decade long ban on female drivers.