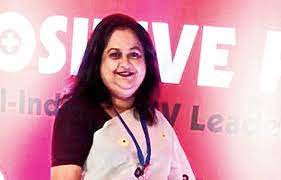 Jahnabi Goswami is an Indian HIV/AIDS activist from Assam. Her shefoughtback journey starts when she was diagnosed with HIV and declared her HIV status. She lost both her husband and daughter to the disease, she had to battle bouts of stigma as a person living with the disease.

She found motivation in her mother and friends and went on to become the change. She is the first person to make her HIV status public in Assam, she is also fighting for the introduction of sex education at early levels in schools and is championing accessible HIV treatment in remote areas of India. She is the founder of Assam Network of Positive People (ANPP) and the current president of the Indian Network for People living with HIV/AIDS (INP+), the first woman to hold the position.