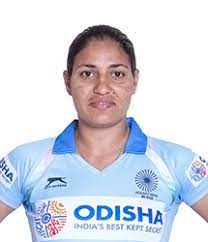 Gurjit Kaur, an Indian hockey star player. Her shefoughtback journey starts when she being a girl from a farming family in the Miadi Kalan village in Amritsar, Punjab choose to be in sports like hockey. Her parents despite being not educated always tried their level best to give good education to Gurjit Kaur and her sister Pradeep Kaur. Her father after dropping both the girls at their school by cycle driving 13 km and then used to wait for hours for the school to get over.
Further she moved to Jalandhar’s Lyallpur Khalsa College for Women where she pursued her higher education along with her training and developed an interest in drag-flicking. Her first job was in the Indian Railways as a junior clerk in Allahabad through sports quota. She got her first shot at playing for the country when she was called for the Senior National Camp in 2014. However, it was only in 2017 that she became a permanent member of the Indian women’s hockey team. For the women’s Indian hockey team, Gurjit Kaur has been a lone warrior in this department for long. She has not only been a pillar in India’s defence but an astute goal scorer from short corners.