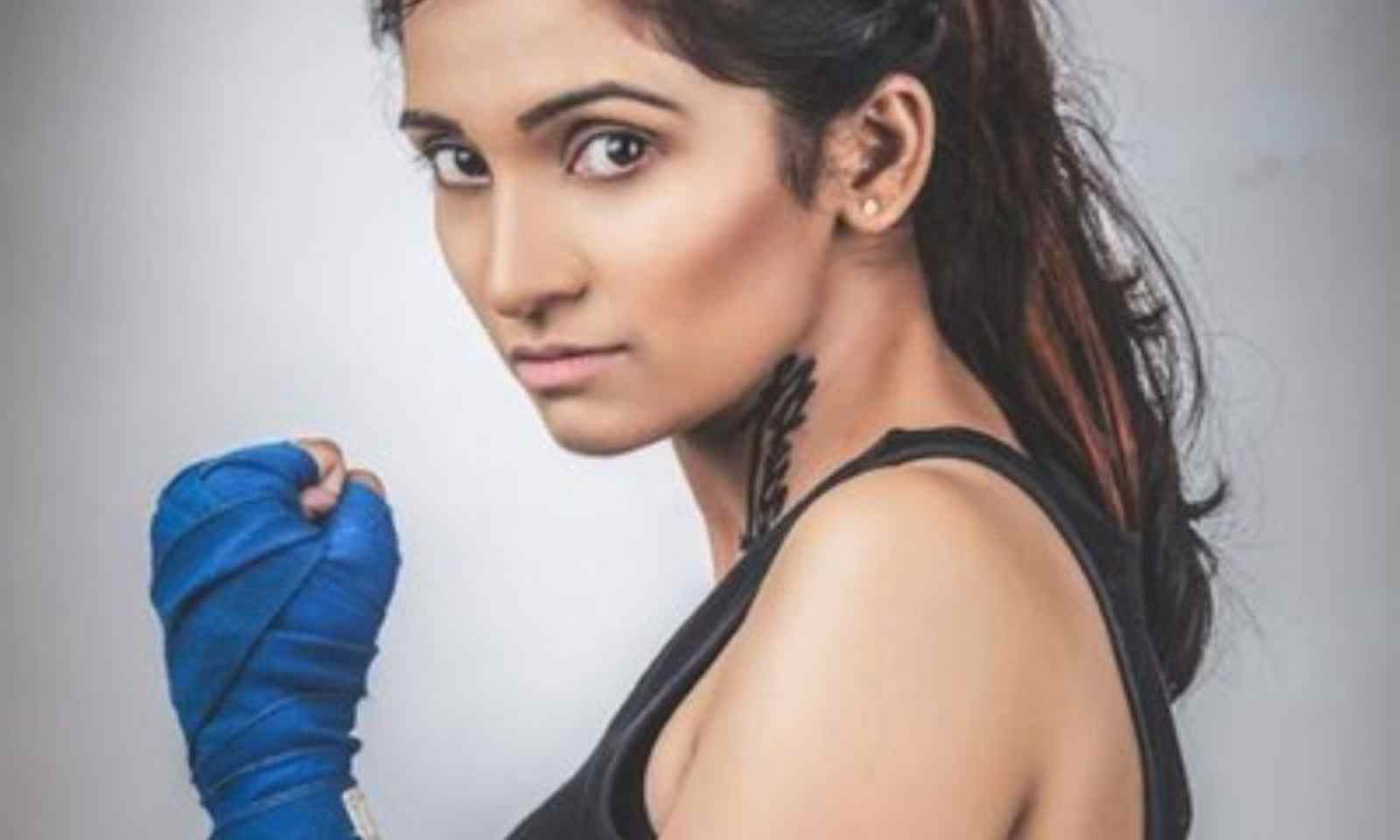 Meet Indrani tapati, Founder versus_championship and Director & Co-Founder dastbi_mma her #shefoughtback journey starts before she was born, her paternal family didn’t want girls, so when she was born as the 3rd daughter, all hell broke loose. To add to that, 15 days later, her grandpa passed away; she got a new name–‘Manoos’. Her mother could never leave her alone, she was scared for heer safety.
She worked hard & at 21, she landed a corporate job. She was doing well, but soon after, the Nirbhaya case happened, seeing someone suffer for being a girl terrified her. She would wonder if being a girl was a misfortune. Worried about her safety, her mother enrolled in a martial arts class; she liked it. Then she started a martial arts academy with her coach. At first, she tried to juggle her job & the academy, but soon she quit her job & focused on the academy. She didn’t want to trouble her parents, so she cut corners she would survive on 1 meal a day. But that was her chance at doing something big, so she kept at it. When they started, they had 2 students, they were struggling to pay rent. But today, 5 years later, they have over 400 students & 3 branches. Recently, she even won Gold in the Kettlebell National Championship.