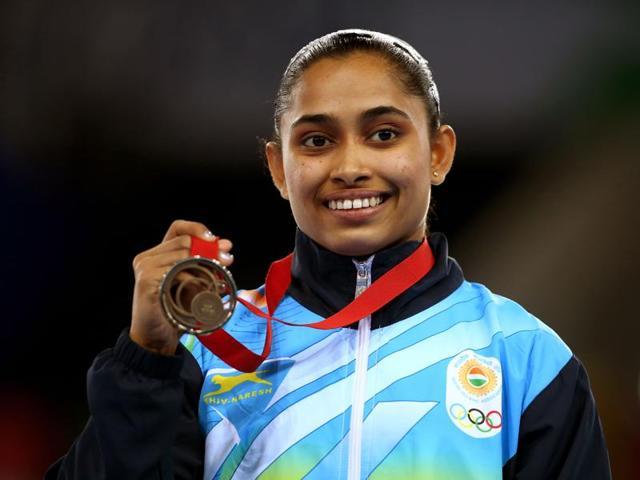 Dipa Karmakar Indian artistic gymnast, her #shefoughtback journey started from her childhood as she wasn’t much known her upbringing was in a remote city which was not much in the news in India, but now she had made her name all over the world for performing the life-threatening stunt. She had won a bronze medal at the 2014 Commonwealth Games, becoming the first Indian female gymnast to do so in the history of the Games. She also won a bronze medal at the Asian Gymnastics Championships and finished fifth at the 2015 World Artistic Gymnastics Championships, both firsts for her country. She also represented India at the 2016 Summer Olympics in Rio de Janeiro.
She started practicing gymnastics when she was only 6 years old and has been coached by Soma Nandi & Bishweshwar Nandi since. When she began gymnastics, she had flat feet, an undesirable physical trait in a gymnast because it affects their performance. Through extensive training, she was able to develop an arch in her foot. To achieve success and follow your passion, one needs practice, and Dipa Karmakar was no exception.