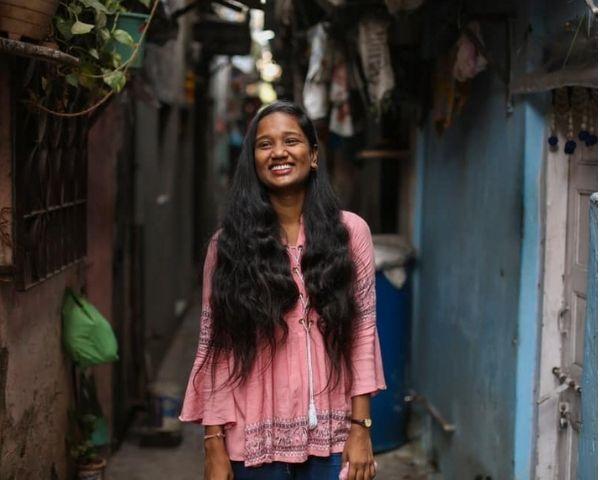 Devika rotawan a survivor of the Mumbai attack 2008 her shefoughtback journey starts at the age of 10 when a bullet pierced her right leg. It happened at CST station. She was with her father and brother and they had stopped for a while to use the restroom. Before they knew it, chaos had erupted all around them. Her instinct told her to run and that’s when she saw the man who shot straight at her. She felt so much pain, she collapsed.
The next thing she remember was waking up in the hospital the next day. The doctor informed them about what took place on 26/11. She was so angry. Flashbacks of women and children dying at the station came back to her. But the clearest memory she had was of his face. She spent 1.5 months in the hospital being operated on for the wound.
As soon as she was better, she moved back to her village with her family. Her father was contacted by the police to testify in court. They had to identify the attacker since they were some of the only survivors. She wasn’t scared, she wanted him to be punished.
Their extended family stopped talking to them after this decision, they thought they would be attacked by terrorists because they were testifying. She walked to court in crutches. She wanted justice right there. That’s also when she decided to become an IPS officer.
She thought she was being brave, but after this everyone disassociated from them. Her father’s dry fruit shop shut down because no one wanted to do business with him. Her landlords hiked the rent because they think we’ve made money out of the publicity. The State Government’s promise of a flat is still unfulfilled. But they’re not giving up because they did what they had to for the country. She wants to become an IAS officer and fight all this injustice. ‘Till date, she can’t enjoy Diwali or celebrate India’s win in Cricket because the sound of fireworks traumatizes me, she knows she is not getting all these years back, but there will be an answer someday. They will face the consequence of raising a finger towards India. She will make sure of it.’