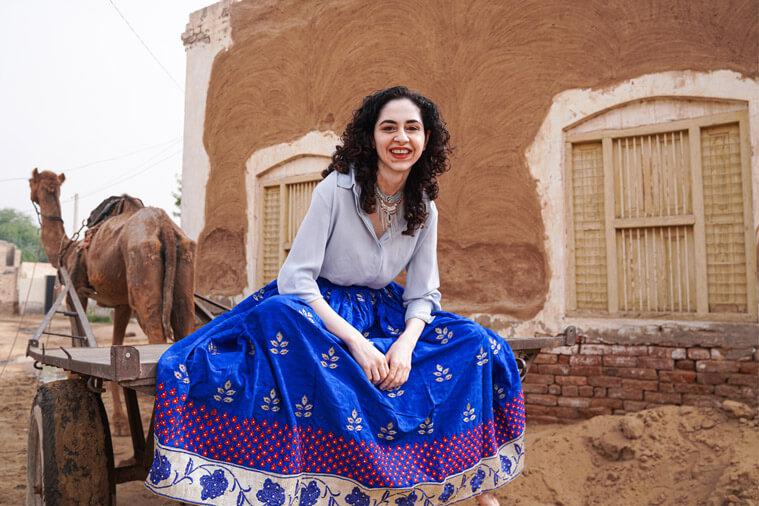 Manisha Malik, her #shefoughtback journey started when she was 7 and noticed white spots on her leg, her parents took her to the doctor who diagnosed her with vitiligo.

Her mother was worried-a family friend with the same condition was being treated poorly by her in-laws because of how she looked. Her mother didn’t want her to suffer & so her treatment began. She didn’t even know what Vitiligo meant. Still, she did as her mother said, but instead of improving, her vitiligo spread and she developed spots near her eyes & on her neck.

Her classmates called her ‘Zebra’ & her teachers didn’t pick her for class shoots. Her self-esteem plummeted. What made it worse was that there was no one she could look up to. Everyone on T.V. & online looked ‘normal’ so, in her teens, she became obsessed with getting there. She tried every treatment-from UV radiation to steroids. Some treatments gave her blisters, still she kept at it till she suffered from an epileptic seizure when she was 17!

After that, she stopped the treatments; she was thankful to be healthy. Years went by, & although the comments didn’t stop, she got better at dealing with them.

Then she meet Karl, now her husband. He encouraged her to talk about her condition & so, she made a video on her Vitiligo journey. The video went viral and she got so many heartfelt messages from people who’d had a similar journey. She knew she was onto something & so, 2 years ago, she decided to use social media to bring in more #Vitiligo Awareness.

Today, she is a content creator & the camera is my best friend. It took her years, but she has finally accepted herself with all her marks & her imperfections because she know her confidence.onfidence.